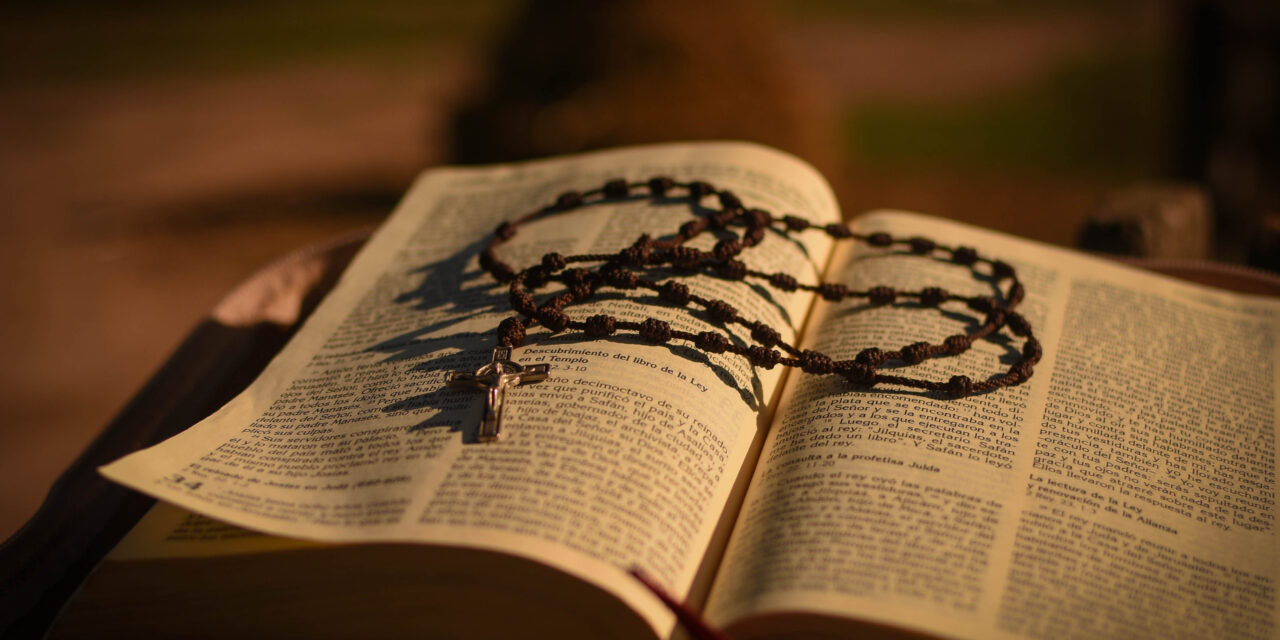 “THEY PROSTRATED THEMSELVES AND DID HIM HOMAGE.” MT 2:1-12

Humbly submit your will to God (Thy Will be done) and consecrate yourself to Jesus through Mary and Joseph.

​When Jesus was born in Bethlehem of Judea,
in the days of King Herod,
behold, magi from the east arrived in Jerusalem, saying,
“Where is the newborn king of the Jews?
We saw his star at its rising
and have come to do him homage.”
When King Herod heard this,
he was greatly troubled,
and all Jerusalem with him.
Assembling all the chief priests and the scribes of the people,
He inquired of them where the Christ was to be born.
They said to him, “In Bethlehem of Judea,
for thus it has been written through the prophet:
And you, Bethlehem, land of Judah,
are by no means least among the rulers of Judah;
since from you shall come a ruler,
who is to shepherd my people Israel.”
Then Herod called the magi secretly
and ascertained from them the time of the star’s appearance.
He sent them to Bethlehem and said,
“Go and search diligently for the child.
When you have found him, bring me word,
that I too may go and do him homage.”
After their audience with the king they set out.
And behold, the star that they had seen at its rising preceded them,
until it came and stopped over the place where the child was.
They were overjoyed at seeing the star,
and on entering the house
they saw the child with Mary his mother.
They prostrated themselves and did him homage.
Then they opened their treasures
and offered him gifts of gold, frankincense, and myrrh.
And having been warned in a dream not to return to Herod,
they departed for their country by another way. MT 2:1-12

On Wednesday in class I decided to use the theme from that day’s gospel when Christ turns to Andrew and says, “What are you looking for?” Today, the Epiphany or the day to make known to the world that Christ is the King of the Universe reveals to us what we are looking for if we admit we are a sinner, suffer, are broken and need a Savior. It is a threefold revelation, the Epiphany today, the Baptism of the Lord next, and last the Wedding Feast at Cana.

Today the Magi represent the Gentiles, the rest of the world that is not Jewish which Christ came to save. The Magi also represent royalty. Can you imagine not being able to find a decent place to have your child, having your child in a cave, then have shepherds and Magi come and pay homage to your Baby? I would have been freaking out if someone showed up at the hospital when we had our children and started telling me these amazing things and started giving my children gifts that were given to kings!

Mary and Joseph spent much time in contemplative prayer and were very in tune to God’s will, but it still must have been a big surprise when the Magi came and prostrated themselves before their Baby and paid Him homage. Mary and Joseph were poor so the presents received were wonderful gifts: gold a precious metal, frankincense (an aromatic resin used in incense and perfumes), and myrrh (a resin made into oil). These were common gifts for a King. It would have been fascinating to see kings laying on the ground face down worshiping Christ.

Do we worship God? We say a lot of memorized prayers. We go to Mass because our parents and teachers tell us to. We do prayers throughout the day at school. We go to adoration and get out of religion class for a day. But, have you ever really worshiped God intentionally? What are you looking for, where are you looking, and how badly do you want it? Bishop Barron reminds us that what we worship is what we worthship or we worship what is of greatest worth to us. What is of greatest worth to you? This will tell you the outcome of your life.

Today’s challenge: Take the first step in your spiritual life and seek out Christ. He has been revealed. He can be found everywhere, seek Him out, He died for you and wants to have a personal relationship with you. Go to adoration on purpose without it being part of school. Read Scripture outside of Church and the religion classroom. Sit in silence and talk to Jesus. Create a daily habit of prayer.

Be a servant, become a saint!
​#Christian YOLO

My name is Greg Goertz. I teach 7th and 8th grade Catholic Doctrine at St. Francis of Assisi Catholic School in Wichita, KS. Blog Mission: 1. "Ignorance of the Scriptures is ignorance of Christ." -St. Jerome A place for young people to come to know Christ. We cannot worship something we do not know. 2. to inspire young people to create a daily habit to bring themselves to Jesus in the Scriptures and aid their prayer life. 3. to show young people how to seek God in their electronics or bring God into their electronics and avoid the evil.

“ALL WHO HEARD THESE THINGS TOOK THEM TO HEART, SAYING,“WHAT, THEN, WILL THIS CHILD BE? FOR SURELY THE HAND OF THE LORD WAS WITH HIM.’” LK 1:57-66

“BUT OF THAT DAY OR HOUR, NO ONE KNOWS,NEITHER THE ANGELS IN HEAVEN, NOR THE SON, BUT ONLY THE FATHER.” MK 13:32

“TODAY THIS SCRIPTURE PASSAGE IS FULFILLED IN YOUR HEARING.” LK 4:14-22

Get Notified About New Posts