Humbly submit your will to God (Thy Will be done) and consecrate yourself to the Sacred Heart of Jesus through Mary and Joseph.

At that time Jesus left [Samaria] for Galilee.
For Jesus himself testified
that a prophet has no honor in his native place.
When he came into Galilee, the Galileans welcomed him,
since they had seen all he had done in Jerusalem at the feast;
for they themselves had gone to the feast.

Then he returned to Cana in Galilee,
where he had made the water wine.
Now there was a royal official whose son was ill in Capernaum.
When he heard that Jesus had arrived in Galilee from Judea,
he went to him and asked him to come down
and heal his son, who was near death.
Jesus said to him,
“Unless you people see signs and wonders, you will not believe.”
The royal official said to him,
“Sir, come down before my child dies.”
Jesus said to him, “You may go; your son will live.”
The man believed what Jesus said to him and left.
While the man was on his way back,
his slaves met him and told him that his boy would live.
He asked them when he began to recover.
They told him,
“The fever left him yesterday, about one in the afternoon.”
The father realized that just at that time Jesus had said to him,
“Your son will live,”
and he and his whole household came to believe.
Now this was the second sign Jesus did
when he came to Galilee from Judea. JN 4:43-54

Today, we learn that Jesus’s Words are life-giving. This story is very similar to the Centurion’s servant in the other Gospels. It is through the belief of the royal official and the Centurion that Jesus can heal with His Words. Today, priests say the words of Jesus to heal, to consecrate the Eucharist, to baptize and bring the Good News to all nations. Following Jesus’s Words has great benefits. Jesus has the words of everlasting life. His Words are Truth. His Words guide us and give us purpose. His Words are life-giving, when you teach them or share them with others you are giving them God’s life, His grace.

Today’s challenge: Take time to reflect on the Passion, Death, and Resurrection of Christ. Never leave the Words of Jesus, they are life-giving. The words on Netflix, social media, in our music, and the Internet do not give life unless they are the words of Jesus. Bring Christ into these media.

Be a servant, become a saint!
#Christian YOLO

My name is Greg Goertz. I teach 7th and 8th grade Catholic Doctrine at St. Francis of Assisi Catholic School in Wichita, KS. Blog Mission: 1. "Ignorance of the Scriptures is ignorance of Christ." -St. Jerome A place for young people to come to know Christ. We cannot worship something we do not know. 2. to inspire young people to create a daily habit to bring themselves to Jesus in the Scriptures and aid their prayer life. 3. to show young people how to seek God in their electronics or bring God into their electronics and avoid the evil. 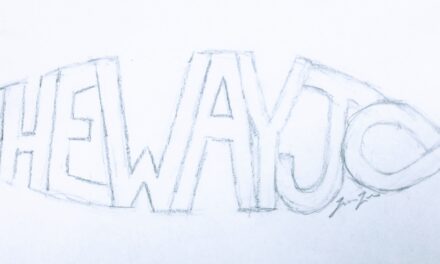 “IN PRAYING, DO NOT BABBLE LIKE THE PAGANS,WHO THINK THAT THEY WILL BE HEARD BECAUSE OF THEIR MANY WORDS.” MT 6:7-15

Get Notified About New Posts